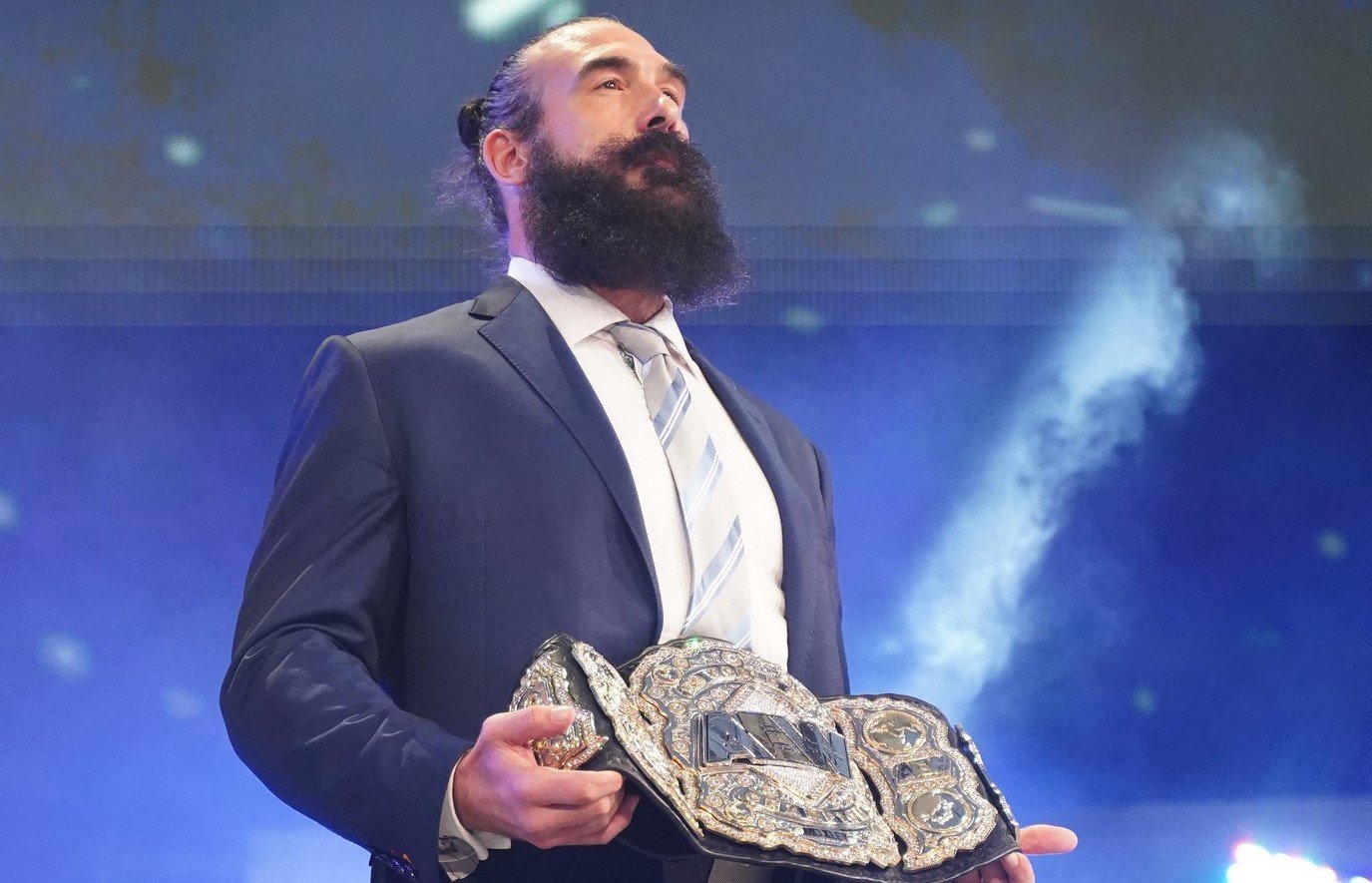 Brodie Lee, known in his WWE days as Luke Harper, headed for the greener pastures of AEW in 2019. His time in WWE had not lived up to his potential, something that a lot of superstars have had issues with over the years. But Lee took a shot at moving to AEW and finding the chance to wrestle the way he wanted to.

Frankly, it’s hard to blame him. Vince McMahon, who still has the only voice that matters backstage in WWE, saw Luke in one way and certainly wasn’t going to give him the chance to prove otherwise. Brodie took his leave of WWE and made his way to AEW likely because he saw the chance to do better.

It’s safe to say that hasn’t worked out for the best. If the goal of moving to AEW was to showcase the best of what he was capable of, consider the mark missed. His tenure in AEW has proven to essentially be a repeat of his WWE run. And with few changes for the better.

After Husky Harris made the gimmick change to Bray Wyatt, he became a top heel in NXT. But as tends to happen in wrestling, he was injured. NXT didn’t want a top guy out of the spotlight so they decided to give him a “family” of sorts. His cult of followers would be called The Wyatt Family, and its first member would be Luke Harper.

The next member would be Erick Rowan, who formed a tag team with Harper. They would go on to win the NXT Tag Team Championships together. Once Braun Strowman joined the group, The Wyatt Family made the jump to the main roster. There, Harper found success again.

This included two more runs as a tag team champion as well as a stint as the Intercontinental Champion. It was the prototypical career in the WWE for perennial midcarders. They pick up midcard belts and tag team championships, but they never really get a legitimate shot at the top belts.

Fans knew that Luke Harper had what it took to be in the main event. He was an agile big man who could lay down some incredibly athletic and powerful moves. Anyone who saw him as Brodie Lee on the indies knew he had the skills and the talent to put together an amazing match.

No one was surprised when he finally had enough, took his leave of WWE, and made his way to AEW. It seemed like the right opportunity at the right time for the right wrestler, something a lot of former WWE names have thought over the last year.

An early team to sign on to All Elite Wrestling was The Dark Order. At that point, the faction consisted primarily of Stu Grayson and Evil Uno. There were also random wrestlers in masks called Creepers who would randomly appear and help their masters out.

Over time, the faction became more of a cult and started actively recruiting new wrestlers to their cause. Most notably, Colt “Boom Boom” Cabana sided with The Dark Order. That being said, no one seems to be clear if he signed on the dotted line or not. He’s allied with them but still doesn’t seem to be a full-fledged member despite months with the group.

A running theme was Evil Uno constantly talking about The Exalted One, the master and leader of The Dark Order. Fans theorized that it would turn out to be Matt Hardy, an industry legend, and another recent departure from the WWE. The role would have fit him well.

Instead, The Exalted One turned out to be Mr. Brodie Lee. Now the head of his own faction instead of a follower, Lee had a more prominent place in the company. He eventually parlayed that position into being the TNT Champion. But appearances can be deceiving. To paraphrase Dr. Seuss, all was not well in Brodie-ville.

Brodie Lee’s character in AEW was initially portrayed in early vignettes as a cheap shot at Vince McMahon. His attire, mannerisms, and speech all came across as a parody of Lee’s former boss. They tried to portray it as unintentional, but it was hard to ignore the obvious similarities. You can’t move forward when your “new” character is dedicated to mocking your old boss.

The Dark Order has become a parody of the Corporate Ministry. It was an Attitude Era faction headed up by Vince McMahon, though his version had bigger stars involved like Triple H and The Undertaker. Again, Colt Cabana is the biggest star who is currently a member of The Dark Order.

But nothing has been a better indication of the reality of Brodie’s AEW tenure than his run as the TNT Champion. Brodie took the belt from Cody on August 22nd, 2020, then lost it to Cody in a Dog Collar Match on October 7th, 2020. There have certainly been shorter title reigns but the reason behind it was dubious at best.

Cody took time off from AEW to be a judge on a reality competition show. He dropped the belt to Brodie when it was time to take his leave of absence. When Cody returned a few weeks later, the re-match was scheduled and Cody became the first two-time TNT Champion.

The reality of Lee’s title run is that it was a placeholder reign while Cody was off being a judge alongside Snoop Dogg and Rosario Dawson. That’s actually kind of cool, but how Brodie’s reign went down wasn’t. He is a talented performer that deserves more than being a placeholder for any other wrestler, let alone one of the company’s EVPs.

It would have been less obvious if he hadn’t lost the belt to Cody almost as soon as The American Nightmare returned to AEW. Cody’s last match before his leave was dropping the belt to Brodie. His first match back was regaining the TNT Championship. It’s like he never left.

The first step might be leaving being The Exalted One gimmick and The Dark Order. Acting like your old boss generally isn’t the best way to distance yourself from your old boss. Brodie is a versatile talent who could make a wide variety of gimmicks work. AEW should give him a chance to explore his range.

And if they don’t, then it might be time for Brodie to explore other pastures. While no one would recommend that he head back to WWE any time soon, there are other options he can look into. The grass might not always be greener, but it can’t hurt to check.

AEW’s The Deadly Draw: Was There a Point?