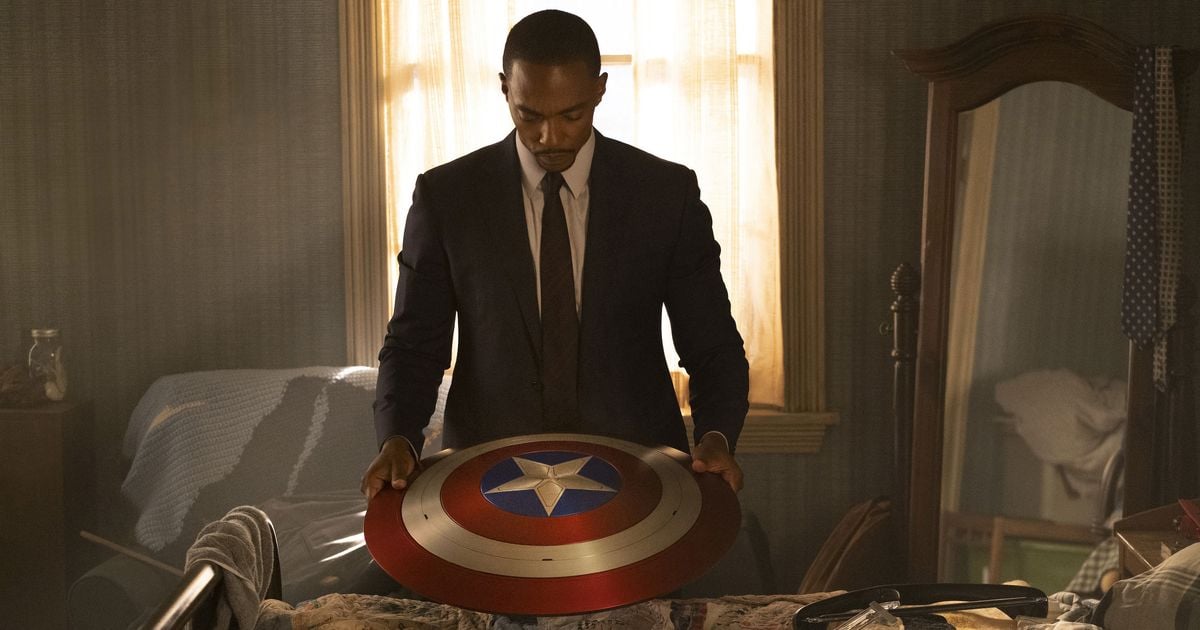 Not long after the major risk Marvel Studios and Disney took with WandaVision one would expect The Falcon and the Winter Soldier to continue reinventing the box office blockbuster’s successful formula on the small screen. Whereas WandaVision may have presented plenty of surprises with nine episodes that were practically incomparable to the rest of the Marvel Cinematic Universe’s productions as it continued to do something drastically different from its decade of composed expectations, it is clear from the get-go that the upcoming escapades of Sam Wilson and Bucky Barnes are heading into more familiar territory. The Falcon and the Winter Soldier’s first episode may be a slow introduction to the future adventures of Captain America’s longtime allies, but its first dive into Marvel Studios’ dedicated home for streaming is nothing short of a congenial first flight. The Falcon and the Winter Solider just may be able to reap the rewards of its predecessors as it aims to present an entertaining reunion that excels from its promise of colorful action.

“New World Order” starts out by showcasing a five-minute engaging air combat sequence featuring the Falcon, but slowly after viewers come to discover that while Captain America’s modern buddy is out working with the military across the country and globe, his childhood friend and former brainwashed Russian assassin the Winter Solider is trying to get his life seemingly back together in New York City. Both have inevitably though had fallen victim to the same trend: facing who they are after the five-year blip and confronting their futures. They may have different pasts and personalities, but both Sam Wilson and Bucky Barnes are stuck facing a new era without their idolized hero and best friend Steve Rogers at the helm of their careers. Despite the amount of incredible action viewers get to witness through modern-day events, nightmares, and flashbacks, the heart of episode one all lies within the troublesome drama the two titular leads face through everyday life outside of the battlefield- which is significant for further developing these characters but can sadly come off as a slow push forward.

Sam Wilson was previously handed the famous vibranium symbol of America’s hero at the ending of Avengers: Endgame, but his personal justifications to utilize it are clearly not in the same ballpark as the audience. While everyone knows he will pick up the shield once again for its purpose of justice, Sam reluctantly feels a need to keep the possession as he feels no one else could honor Captain America’s legacy. In a world where someone else is bound to take the mantle, Sam’s decision to hold himself back from Steve Roger’s wish is a brilliant way of bringing the character back into the spotlight. Likewise, Bucky’s friendless and claustrophobic situation is an excellent contrast to Sam’s open yet hesitant opportunistic world. Bucky Barnes may be a free man, but that does not mean he will be able to escape the sin and punishment he will be forced to endure from his prior misdoings. At his core, the hero is a murderer attempting to make amends with his past constructed by the brainwashing of others. His mission to take down the remaining members of Hydra in a less aggressive and law-abiding mannerism will hopefully help him flaunt the ideas of his previous idol as he attempts to return to a world that will accept him despite his massive flaws.

What The Falcon and the Winter Soldier ultimately presents between its two leads during the first episode is a fitting theme of acceptance. It is truly an overarching narrative point that will hopefully resonate throughout the entire series as it is wonderfully established on the spot. Looking at both the stories of our coping heroes, we can see how their internal conflicts easily resonate with everyone so far around them- especially with one another even though they have not united on screen once again for a single second yet. Between Sam and Bucky, hopefully the series will utilize both their faults and aspirations to build upon a relationship that will pan out more meaningfully than a buddy-cop scenario as the two seemingly both possess and lack the qualities one another require to move on past Steve’s heroic legacy and days of never-ending conflict. The only real issues with putting these two relationships at the front and center of the premiere’s runtime are that the story has to flip-flop between Sam and Bucky as they explore different locations and characters. On top of this though, the other newcomers are left dry with barely any time to shine.

Where The Falcon and the Winter Soldier surprisingly takes a back seat during its first outing is with the overarching villains running amuck. The terrorist group known as Flag-Smashers (whose leader coincidentally goes by the same name and went on to become an adversary of Captain America and the Falcon in the Marvel Comics) just barely make a strike into the runtime as they receive one small scene to make a first impression. As Sam’s recent military friend and comic book partner Joaquín Torres begins investigating the group of maniacs who wish to see the world return to its blip state, the United States government is going to make it clear why the two Avengers will need to take the call to arms soon. Torres and his group of secret soldiers just barely make it out of an embarrassing encounter with the superpowered group who enact a rather catastrophic bank heist. While it may not have been the best first appearance possible for the Flag-Smashers group, we barely know anything about them or what Baron Zemo’s involvement will be. It is upsetting that there was almost no time dedicated to them, but with how Agitha Harkness turned out in WandaVision viewers may not have much to fear in the next five weeks.

Overall The Falcon and the Winter Soldier episode one takes a slow step into the sinful world it smartly chooses to present from Avengers: Endgame’s aftermath. It is by no means an exhilarating ride into the current adventures of the morally complex American Avengers of the team just yet, but it does get your blood pumping enough to want more as it presents intriguing drama paired with well-coordinated action. The Falcon and the Winter Soldier chooses to stick to Marvel Studio’s classic route as it aims at bringing some of the franchise’s finest tones and themes to that of the small screen. With the ending introduction of Wyatt Russell’s portrayal of America’s Captain America solution known as US Agent, there is no doubt that the newest Marvel mainstay to the series will cause a thrilling ethical and emotional turmoil for both Sam Wilson and Bucky Barnes. While it’s a shame the two do not immediately meet up in the show’s first outing, The Falcon and the Winter Soldier is nonetheless off to a great start.

On a side note, while “New World Order” may not have an after-credits scene, its closing staff roll still holds quite a few clever easter eggs and possible teases to future Marvel content. Does anyone else want to see what Madripoor is all about in live-action? The Falcon and the Winter Solider will no doubt have the comic book conspiracies ball rolling in no time as fans will have tons of information to power through for the next five weeks once again…

Beartown Serves Up Nordic Noir with a Focus on Family