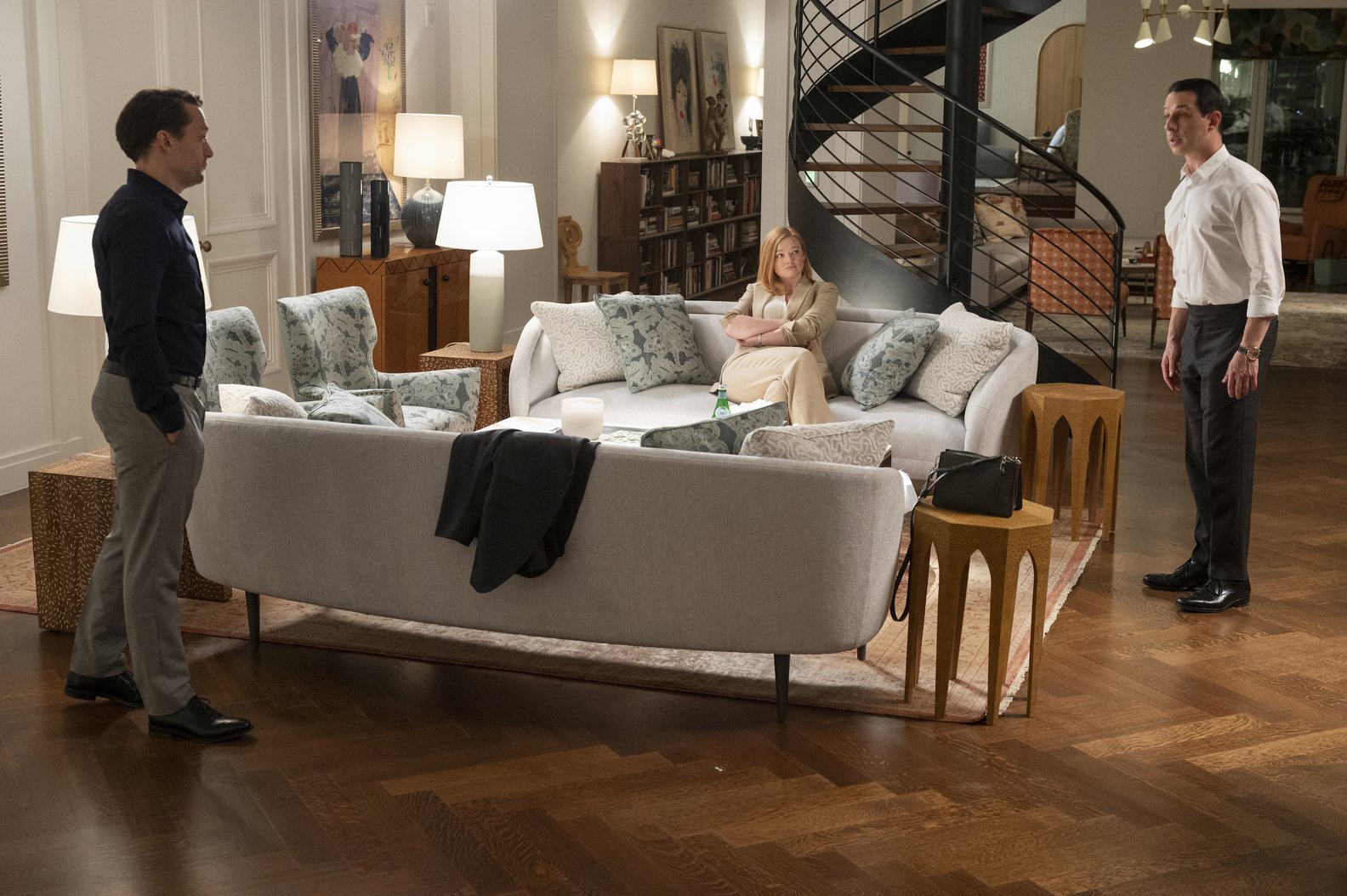 Once it became clear, two years ago, that the third season of Succession would be a war between Logan and Kendall Roy, one question that was raised was whether that change in the status quo would make it harder for the characters to be in the same room.

Will we not see Kendall sharing scenes with Shiv and Roman? And what about the show’s best character pairing of all, Tom and Greg, now that they’re on opposite sides of the big Roy Civil War.

Sunday night’s episode, “Mass in Time of War,” the season’s second, gets around that problem rather quickly: It puts all of the Roy siblings in a room together, under the conceit that Kendall is trying to pull Connor, Shiv, and Roman to his side.

And it’s Succession at its best. They argue, they cajole, and when they reach the conclusion that is usually the case with this show: even if the siblings all end up on the same side, there’s the separate question of which of them will actually lead the company.

As for Tom and Greg, we see them having a tense phone argument, with Tom asserting his power and Greg bringing Tom’s biggest weakness- Shiv.

We also, somewhat refreshingly, hear the characters discuss something the series mostly hasn’t made clear: Exactly who knew what when about the company’s misdeeds. As with a lot of situations about people in Hollywood with predators in the past, the real answer is less “everybody knew everything all along” than “some people knew some things, other people knew other things, and other people had rumors about worse things.”

One thing the episode further makes clear is how full of shit Kendall is, spouting a speech of nonsense about “the end of a long American century,” and how “we’re fat-fingered fucks who can only live on cream.” He sounds a lot like every boss I’ve had a non-startup and non-tech company who has declared “actually, we’re a startup” or “actually, we’re a tech company.” And even worse than that, he interrupts his new vision of wokeness for Waystar while occasionally interrupting it to shout sexist insults at his own sister.

With Logan, at episode’s end, returning to New York, it won’t be surprising if we eventually see him and Kendall, barking at one another in the same room, too.

– The episode ties up the loose-end from last season in which Logan and his wife, Marcia, appeared to be estranged, after his affair with Holly Hunter’s character. Marcia goes on to imply that Logan could crush Kendall by leaking the story about the guy Kendall killed in his Chappaquiddick-like accident in Scotland, although Logan indicates that any such leak would implicate himself as well.

–  Logan says “I’m not being smuggled out of here in a fucking packing case,” which appears to be a reference to Carlos Ghosn, the former Nissan CEO who escaped indictment in Japan by smuggling himself out of the country in a cello case. Just a few weeks ago, Bobby Axelrod on Billions made a similar reference.

– That was Peter Reigert as the lawyer Ewan hires for Cousin Greg. He’s built quite a resume over the years, from Animal House to The Sopranos to this.