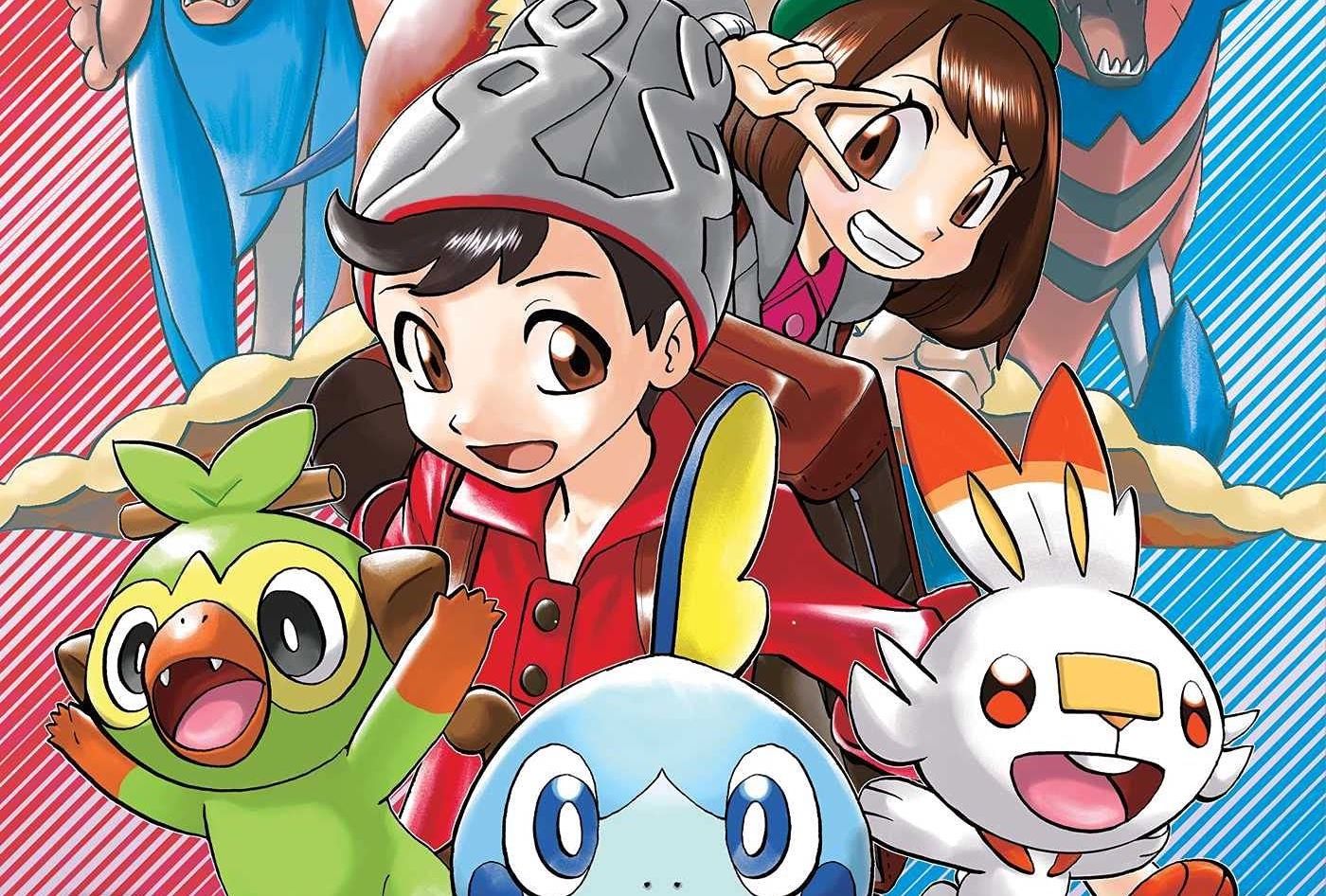 In 2019, Pokémon fans hit an unfathomable standstill with the eighth generation’s premiere titles. Pokémon Sword & Shield became a battle of opinions long before its launch. Between Pokédex arguments and graphical conundrums, the one aspect all players loved was the designs of the Galar region. While the games did debut with a great cast of original trainers and Pokémon, it arguably never put the proper time into utilizing and developing them like previous entries.

As to be expected by its history, the Pokémon Adventures manga yearns to solve its source material’s recurring narrative problems by strengthening the overall world Game Freak imagined. Based on the exclusive Nintendo Switch titles, Pokémon Adventures: Sword & Shield adapts the best-seller video games into a delightfully illustrated format like its predecessors. As it loosely accommodates the game’s core events, the manga is constantly out to further build its known characters and expand upon the source material’s ideas while adding its own.

Following the events of a group of young aspiring Pokémon trainers, the first volume of the Sword & Shield story arc takes a heavy focus on introducing the main cast and their personalities as they tackle a variety of the Galar region’s local problems. While volume one does put a spotlight temporarily on a new young trainer named Marvin — who conveniently just moved to the region and is interested in learning about Pokémon, the manga slowly drifts to focus on Henry Sword and Casey Shield.

Henry is a Pokémon expert who spends his time repairing their tools while Casey is a hacker that is concentrated on creating a Daynamax Simulator. Unlike Marvin who reflects an unfamiliar audience and stereotypical “wannabe Pokémon master”, Henry and Casey flaunt more intriguing storytelling potential from the first page where they appear. The two trainers are vastly different in terms of personality and expertise which keeps the manga steadily interesting. As they introduce concepts that have never been tackled before in prior entries, Henry and Casey largely overshadow Marvin.

In addition to Marvin, who can come off as a placeholder for a new generation of Pokémon fans, it is a shame Professor Magnolia does not get much time to talk. Every leading Pokémon protagonist has a professor to back them up, but Magnolia rarely receives any attention as she mostly tells Henry and Casey where they are going next. There is no doubt that these two will get more to do in the future, but in comparison to Henry and Casey’s first impression, the two certainly lack their initial charm. Nonetheless, the entire leading ensemble of characters has plenty of room to grow and develop in unique ways.

With the main cast already discussed, the only players left to talk about in the story are surprisingly the ones who became the big outliers of volume one. Viewers were likely interested in seeing the three top figureheads of the manga’s cover, however, the Galar Pokémon Champion Leon and the two Legendary Pokémon Zacian and Zamazenta barely make an appearance in the first volume outside of the bookending art. These three characters were by far the highlights of generation eight’s video games, but here they unexpectedly play less than minor roles.

In fact, the two front cover legendaries of Sword & Shield do not actually make a single appearance, not even a cameo. While that might be for the better as volume one can focus on establishing the core cast, that sentiment sadly does not apply to Leon at all.

Leon only appears alongside the main cast for one chapter when Henry and Casey help him herd an entire flock of Wooloo from danger. While the chapter does a fine job of presenting Leon as someone who will be important in the future, there is not much to his overall character, which is disappointing, to say the least. The reason why is because Leon was made out to be a key figure in allowing Henry and Casey to evolve. For such an important character who has a huge stake in the two leading protagonists’ futures, his importance is always said rather than shown. The Pokémon Champion makes a few television cameos and mentions, but he should have had a larger role upon his debut considering how the cast expresses their need for him.

The largest overarching issue with Pokémon Adventures: Sword & Shield though has to be its structure. While the manga does introduce unique concepts and characters, it plays out as if it is only targeting a young audience with a short attention span. Volume one echoes new Pokémon ideas and terminology to grasp, yet it can feel hollowly explored at times. Rather than focusing on just what Dyanamaxing is or why the trainers yearn for their goals, the manga is attempting to multitask a lot of scenarios that cater to children. It does not collapse beneath its pressure, but it certainly does struggle to say, “here is what we need to get it done during this first volume,” as it carries more than it can handle.

However, as mentioned before, what the Pokémon Adventures series does best is build upon Game Freak’s characters and world. While the cast and structure may not be a complete knockout on their first journey, the world itself they traverse is. Sword & Shield does a great job exploring its English countryside-inspired region. The Pokémon regions have always been characters within themselves and Galar is no exception as it is flowing with personality. The way the entire manga has been illustrated by Satoshi Yamamoto is as cozy as Pokémon Adventures can get. From the Pokémon and trainers to the landscapes and battles, the manga always feels right at home and admirably faithful to the source material.

Pokémon Adventures: Sword & Shield provides a first volume that hinders itself from a more child-friendly focus, yet it still is a good start to the manga’s next big story arc. Like the other Pokémon Adventures volumes, Sword & Shield is blooming with comfort food that carries depth as it upholds another promising cast and landscape for the manga to explore. Longtime fans will probably want to binge through the narrative in its entirety when it is completed rather than having to wait for each inevitable chapter, but younger audiences will certainly have a blast with the taste test of what is currently available.

As it stands on its own, volume one of Sword & Shield carries a lot of promise as it aims to refine its controversial source material. Hidenori Kusaka and Satoshi Yamamoto will no doubt be able to turn Game Freak’s titles around for the better in terms of their characters and story. However, it will take a long time to get there as each Adventure volume releases far from one another.