Connect with us
'White House Down' is completely un-cynical, a quality that makes it increasingly anachronistic, but also more and more singular. It's as far from realist as you could get, but that only heightens its potency as a piece of escapist fantasy.

It’s barely two weeks into the Trump administration, and already the Obama years feel like a distant memory, even to people outside the US. As things in the States and elsewhere get more and more dire, nostalgia for those eight years will probably be increasingly common, with movies, TV and other cultural objects that seem emblematic of the era getting unearthed and re-examined. There are few movies from the Obama era that feel more like a product of their time like White House Down, but looking back, nearly five years later, Roland Emmerich’s failed action blockbuster feels like more than just a fond piece of Obama-era cheese. In 2017, White House Down has taken on a new dimension, much because its premise of the White House being taken over by insane racists and the military industrial complex doesn’t seem quite so far-fetched anymore. 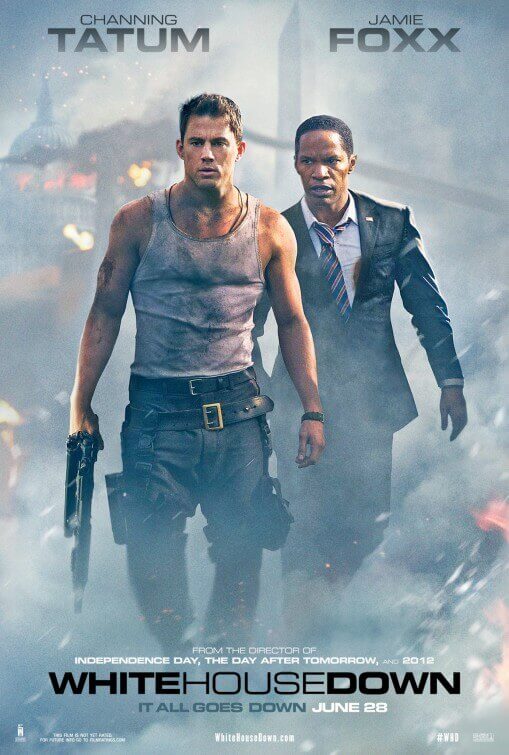 White House Down doesn’t wear its political leanings on its sleeve so much as on a giant neon billboard strapped to its chest. Jamie Foxx plays President James Sawyer, a thinly-veiled Obama stand-in. Sawyer is the President every American liberal wants. He’s effortlessly charismatic and charming, but still kind of a dork in a way that keeps him approachable and human. He loves Abraham Lincoln, he’s about to finalize a plan for peace in the Middle East, and whenever he’s around the Rolling Stones could bubble up on the soundtrack at any moment. But Sawyer’s plans get derailed when a gang of white supremacists, secretly backed by Republicans and the Military Industrial Complex, take over the White House with a plan to nuke the entire Middle East. The only thing standing between them and their goals is Sawyer and John Cale, a member of the Capitol Police with aspirations of joining the Secret Service.

From that description, you might think that White House Down is firmly in the realm of satire, lampooning liberal idealism and demonization of the Right Wing. But there’s a problem with that assumption: this is a Roland Emmerich movie. Say what you will about Emmerich, but the man doesn’t do irony. In a way this is what makes a lot of his movies so fun, in spite of themselves. Emmerich seems immune to the self-awareness and cynicism seen in many of his contemporaries in the blockbuster game. His movies have a childlike sincerity to them, a lack of irony that makes them gloriously cheesy in a way that many other blockbusters avoid like the plague.

If there was any movie that deserves the title “glorious cheese”, it’s White House Down. This movie is completely sincere about itself and its saintly liberals vs unambiguously evil Right Wing caricatures. The lead bad guy has a military crew cut so firm and unyielding that you could hammer steel on it, and his goon squad is made up mostly of gun-toting Southern extremists (along with a hacker who once tried to blow up Apple). Oh, and one of them is a Russian, so chew on that bit of unintentional foresight. 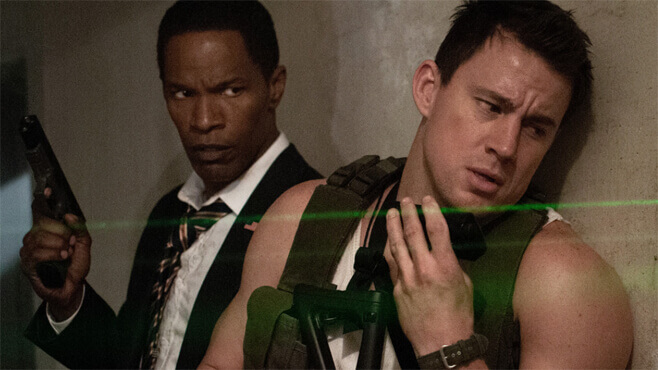 The heroes, meanwhile, are a biracial buddy team straight out of an 80s action movie, except that one is the President. They’re underdogs, but they’re also The Good Guys, so you know everything will be okay in the end.

White House Down is almost fanatically devoted to its ridiculously cartoonish worldview of stark black-and-white, making it feel like a quaint throwback, even when it came out, and it feels like a very conscious rejection of a lot of the marching order for post-Bourne action movies. Gone is the moral ambiguity and grim, edgy tone. Instead, it’s classic good-guys vs bad guys, and a little girl waving a flag on the White House lawn can save the day. This is probably why it failed to connect with audiences, leading to an underwhelming box-office return and awful reviews. People don’t want cheese and sincerity in their action movies anymore, it seems. They want heroes who question themselves and doubt themselves, and who are as wary of the people they protect as their enemies. They want movies that reject, undermine, or highlight genre conventions, either with postmodern revisionism or self-aware snark. Pessimistic, realist worldviews are more the norm now, especially in the Trump era. 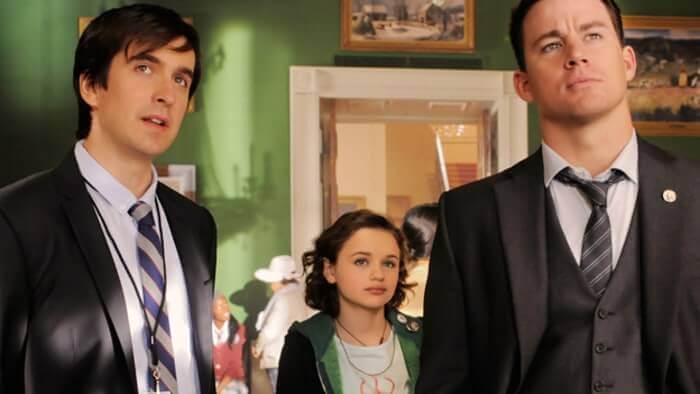 White House Down hasn’t got any time for any of that, though. It’s completely un-cynical, a quality that makes it increasingly anachronistic, but also more and more singular. It’s as far from realist as you could get, but that only heightens its potency as a piece of escapist fantasy.

As we move further into the Trump era, White House Down is beginning to feel less like a fantasy and more like an unheeded prophecy. Sure, there aren’t any explosions and gunfights going on, but the idea of the US political system being suddenly overtaken by racist extremists isn’t a far-fetched liberal nightmare-scenario anymore; it’s the reality in which we live. And because of that, the film’s comforting fantasy that a group of plucky underdogs can save us from the brink of cataclysm takes on a new relevancy. Will Channing Tatum and his adorable daughter avert the Trumpocalypse with flag-waving and plucky spirit? Probably not. Definitely not. But maybe we can allow ourselves the comfort of that fantasy before getting back to the work of making sure the world doesn’t end before the next Star Wars movie comes out.