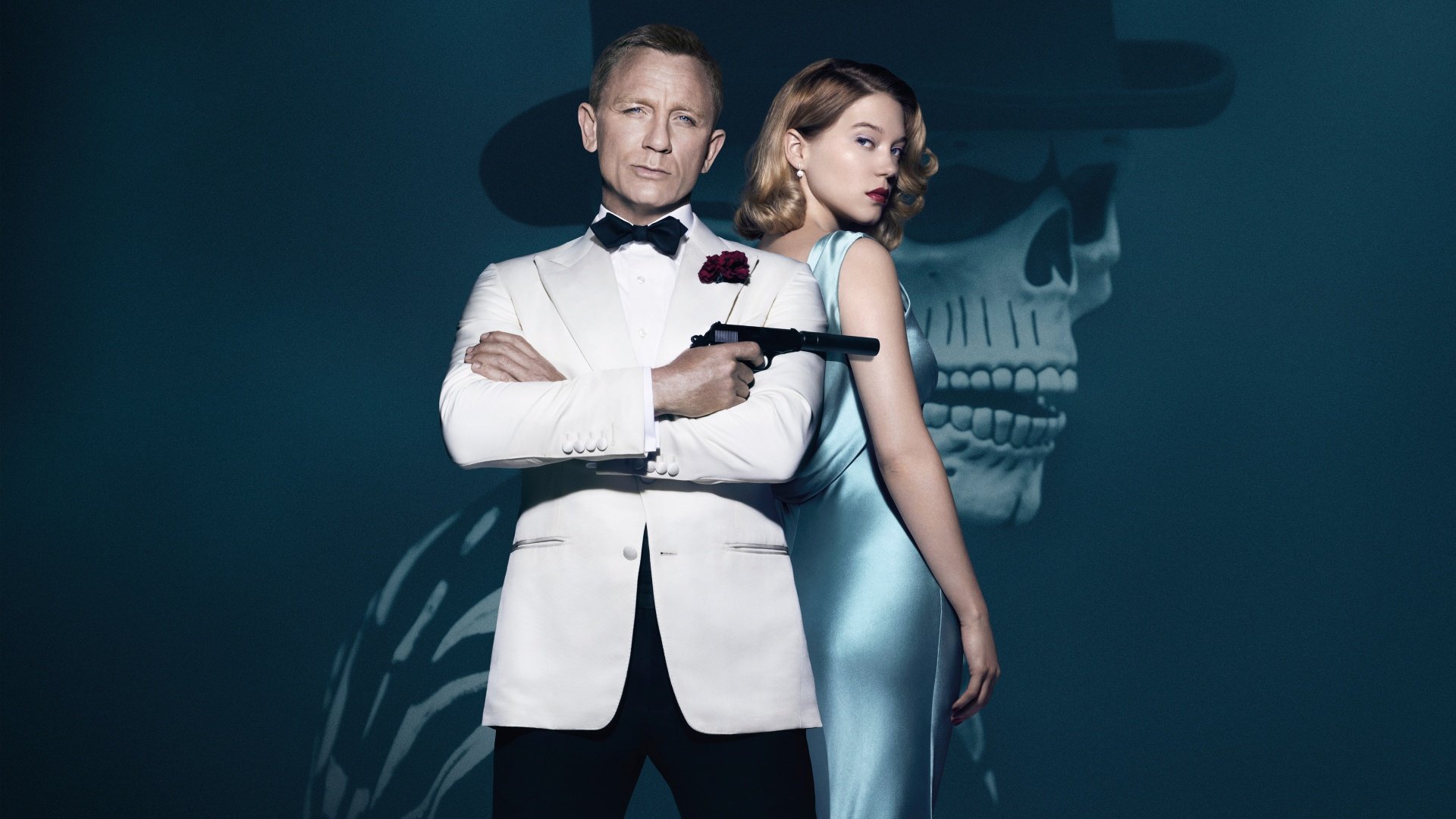 After the critical and commercial success of 2012’s Skyfall, expectations were soaring for the latest Bond adventure, Spectre. Whether or not it meets those lofty standards probably depends upon your affinity for the franchise. General audiences attracted to the simple, action-driven engines of Daniel Craig’s previous efforts will be disappointed by the methodical pacing. Disciples of Bond, however, will love director Sam Mendes’ tribute to the franchise’s more classical elements. Spectre succeeds as a complete story rather than standing on the shoulders of innovative set pieces. Not only is it Craig’s best Bond film, it’s the most definitive artistic statement on the super-spy since On Her Majesty’s Secret Service.

The events following Skyfall have left MI6 in ruins, the 00-Division in flux, and the international community screaming for a unified intelligence apparatus. James Bond (Craig) doesn’t have time for all that political nonsense; he’s got his own agenda. The bravura pre-title sequence finds Bond hunting a terrorist in Mexico City during the chaotic Day of the Dead festival. Mendes uses one long tracking shot to follow Bond’s serpentine route through crowded streets, luxurious hotel hallways, and along crumbling rooftops. Spectacular visuals are accompanied by a rhythmic drumbeat that harkens back to the opening titles from Dr. No. The sequence culminates with some breathtaking stunt work in a spinning helicopter. It’s the sort of iconic show-stopper we’ve come to expect from Bond, which Mendes delivers with assured elegance.

‘Elegant’ is a word that describes much of Spectre. From its elaborate set designs and lush cinematography (Hoyte van Hoytema capable takes the reins from Roger Deakins), to globetrotting exploits in Austria and Morocco, Bond has never looked better. Mendes and a stable of screenwriters (including Skyfall architect, John Logan) give their spy plenty of chances to chew the scenery. After MI6 is effectively absorbed into a centralized surveillance network codenamed ‘Nine Eyes,’ Bond must collect his clues ‘off the grid’ to avoid Big Brother’s watchful eye. This forces him to do something that might leave younger audiences baffled; actual spying! Bond will need both brawn and brains to capture his ultimate target.

And what a target it is!

Bond fans have been waiting patiently for MGM to resolve its dispute with the Kevin McClory estate over the rights to use SPECTRE in their films. More specifically, they’ve been waiting for the re-emergence of Blofeld. Well, Blofeld is back, and he’s Christoph Waltz! The filmmakers carefully guarded the secret (despite the infamous Sony leaks of the script), disguising Waltz as Franz Oberhauser; the vindictive son of Bond’s adoptive parents. Waltz is the perfect candidate to play Blofeld, as he exudes madness, menace, and brilliance with every witticism and gesture. This is not the mustache-twirling villain that Michael Myers skewered in Austin Powers; this is an amoral puppeteer who takes pleasure in creating chaos and crushing his enemies. When he tortures Bond, it’s more as a curious clinician than a giddy psychopath. Given his 45 year absence and the complete shift in geopolitical climate, this was probably the best reformulation of Blofeld possible.

Bond’s allies, meanwhile, continue to get their hands dirty in the field. Moneypenny (Naomie Harris) and Q (Ben Whishaw) actually further the plot in Spectre, sticking around long enough to incur legitimate risk. Ralph Fiennes shepherds the transformation of ‘M’ from desk jockey to capable field agent. Whether this trend continues with future adventures remains unclear, but it’s nice to see some fresh faces helping out.

As usual, Bond saves most of his action exploits for transportation vehicles. If you’re planning a trip, it’s wise to cross-reference your reservation for the name ‘Bond’ because no plane, train, or automobile is safe! Again, none of these set pieces are going to re-define the franchise, but all are expertly choreographed and suitably thrilling. A standout is the bruising fistfight between Craig and SPECTRE’s top henchman, Hinx (Dave Bautista). Mendes takes the train compartment scene in From Russia with Love and turns it up to 11, with the combatants literally tearing through the entire dining car. Planes lose their propellers and beautiful sports cars are pushed to their structural limits. It’s all part of the gig if you’re James Bond.

Structurally, Spectre feels like closure for Craig’s Bond. For 20 films, longtime producers Michael G. Wilson and Barbara Broccoli resisted the temptation to serialize the franchise. Each film stood alone, despite a recurring cast of supporting characters. With Casino Royale, however, their perspective changed. A shadowy organization known as Quantum, led by the sinister Mr. White (Jesper Christensen), became the manifestation of international terrorism. With SPECTRE now available to Eon Productions, however, the Quantum ‘tentacle’ is easily subsumed by the ginormous crime syndicate. Spectre unabashedly mines the previous three Craig outings, going so far as to incorporate the likenesses of former villains and heroines into the title song montage. The filmmakers craft the four movies into a distinctive storyline, not only for SPECTRE, but for Daniel Craig as James Bond; the ‘blunt instrument’ is now a full-fledged spy.

Another key element of the franchise, the Bond girls, measure up quite nicely, also. Many fans objected when the 50 year-old Monica Bellucci was cast. Nevermind that she’s impossibly gorgeous and elegant… she’s too old! All the hoopla was for nothing, as Bellucci spends her microscopic screen-time looking ravishing. The real treat here is Léa Seydoux as Dr. Madeleine Swann. Smart, sexy, and independent, Dr. Swann can take care of herself in a fight. She’s a modern Bond girl who isn’t looking to be rescued, and yet, she’s damaged enough to fall for Bond’s dangerous antics.

Musically, Thomas Newman continues his strong work with the franchise. Atmospheric and sparse, Newman’s score perfectly complements Mendes’ lush visuals while still indulging several subtle callbacks to the glory days of John Barry. The opening theme from Sam Smith, unfortunately, doesn’t fare as well. It’s unlikely anything could have eclipsed Adele’s powerhouse for Skyfall, but “Writing’s on the Wall” is instantly forgettable. Smith’s lilting vocal style simply doesn’t mesh with all the spectacle and gravitas flashing in the background.

The title theme is one of several flaws with Spectre. Purists will rightfully object to the liberties taken with Blofeld’s backstory, as they undermine every Blofeld storyline that preceded it. None of the action sequences, too, are particularly memorable. Critics will call Spectre a collection of ‘Bond’s Greatest Hits,’ and that isn’t entirely unfair. Even the gadgets are scaled back, with Bond’s only assists coming from some classic car “modifications” and his trusty wristwatch.

As mentioned earlier, the pacing is more deliberate than past Bond films. Spectre is all about atmosphere and suave detailing; you’ll forgive it for dispensing with the pointless action sequences. Also, it wouldn’t be Bond if the film wasn’t 10 minutes too long and didn’t contain multiple endings. Those failings are as much a staple of the franchise as dangerous stunts and vodka martinis.

Spectre feels like a movie that will improve with age. The subtle implication being, of course, that it might stumble with time. It also remains to be seen if Eon will continue connecting a unified storyline across multiple films. What is clear, however, is that Sam Mendes has created something sophisticated and beautiful in Spectre. It’s a 1960’s take on a post 9-11 world, feeling perfectly at home with subdued classics like From Russia with Love and On Her Majesty’s Secret Service. Daniel Craig is James Bond now; stalking the screen with an assured stride that rivals Connery’s suave bravado. If this is to be his final Bond, he has certainly saved his best performance for the last. Spectre is both a fitting tribute to everything we love about James Bond and a marvelous film on its own merits.

Skyfall: The More Things Change, the More They Remain the Same

In Defense of Quantum of Solace