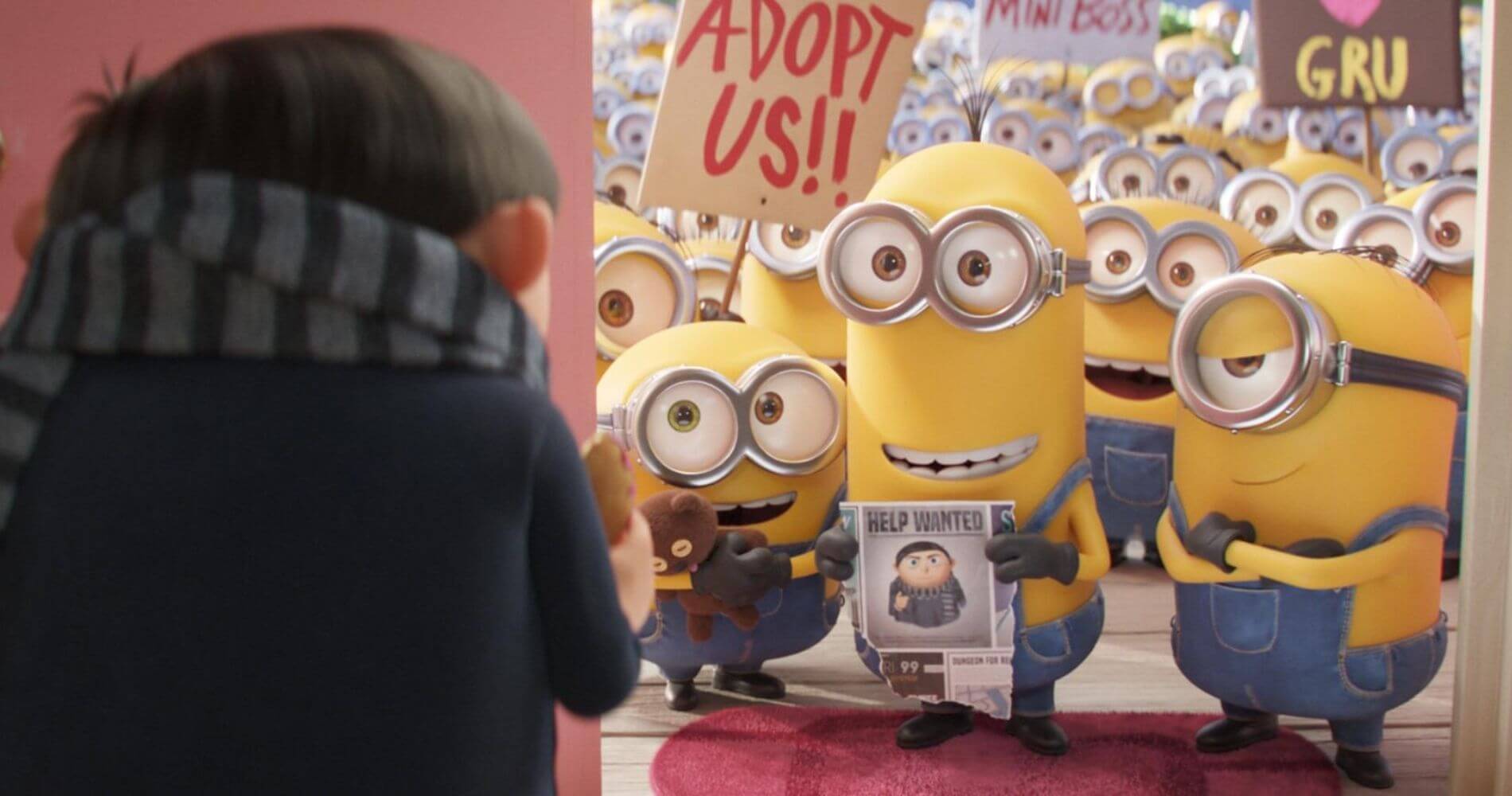 Minions: The Rise of Gru Review

Minions: The Rise of Gru, the follow-up to the original 2015 Minions movie, has finally arrived after nearly three years of pandemic delays, but it’s a success- a very funny exploration of everybody’s favorite little yellow villain-adjacent collective adventures in the 1970s.

While the first two Despicable Me films had the minions as colorful sidekicks of supervillain Gru (Steve Carell), the first standalone Minions movie, seven years ago, took us through the Minions’ millennia-long history. They were, it turned out, an ancient nomadic tribe, not unlike the biblical Israelites, who over the course of history felt the need to attach themselves to various villains. The film, cleverly, froze the little guys in an icy cave for a 150-year period that ended in the 1960s, in order to avoid uncomfortable questions involving Hitler.

The bulk of the film was set in the 1960s, and the film managed to be a success even though all of the characters spoke in a language of gibberish that did not include any recognizable words. It was, I wrote at the time, like a Muppet Show sketch, in which every character was Beaker.

The Rise of Gru, directed by Kyle Balda, brings the action into the mid-1970s, so we get post-hippie fashions and a soundtrack filled with era-appropriate hits (the Rolling Stones’ “You Can’t Always Get What You Want,” performed as a funeral dirge in Minion-speak, is especially a highlight. The film, though, doesn’t open with the Minions singing the Universal fanfare as the 2015 movie did.

It can be a challenge to do hippie/’70s humor, without ever mentioning drugs, but The Rise of Gru pulls it off- especially since not only are most kids too young to understand references from 1976, but their parents might be too young, too. But a lot more of the jokes land than not.

The plot mostly depicts the Minions in the early days of their service to Gru, already harboring supervillain ambitions despite only being 11 years old. The young villain wants to join the criminal superteam known as The Vicious 6, who are led by Belle Bottom (Taraji P. Henson, channeling ’60s radical Angela Davis) and also featuring a fighting nun named Nun Chuks (voiced by Lucy Lawless.) Gru eventually ends up at odds with them, while befriending veteran villain Wild Knuckles (voiced by Alan Arkin.)

The plot isn’t all that important here, because a large chunk of the film’s 88-minute running time is taken up by Minion-based slapstick. The Minions learn kung-fu! They get into an elaborate, Marvel-style climactic brawl in San Francisco’s Chinatown! They chase after a MacGuffin, which falls into and out of their hands over the course of the film. It’s all terribly amusing.

Sure, we’re well past Peak Minion. Five years ago, every little kid in America had Minions shirts, Minions lunch boxes, and even Minions birthday parties; that’s much less the case these days. But while they’re not quite in the little-kid zeitgeist anymore, it’s not because their act has gone stale- quite the opposite in fact. And perhaps more importantly, the new Minions film never feels perfunctory, which is more than I can say for 2017’s unfortunate Despicable Me 3.

Ten Years Ago: Magic Mike Looked at Stripping in the Great Recession