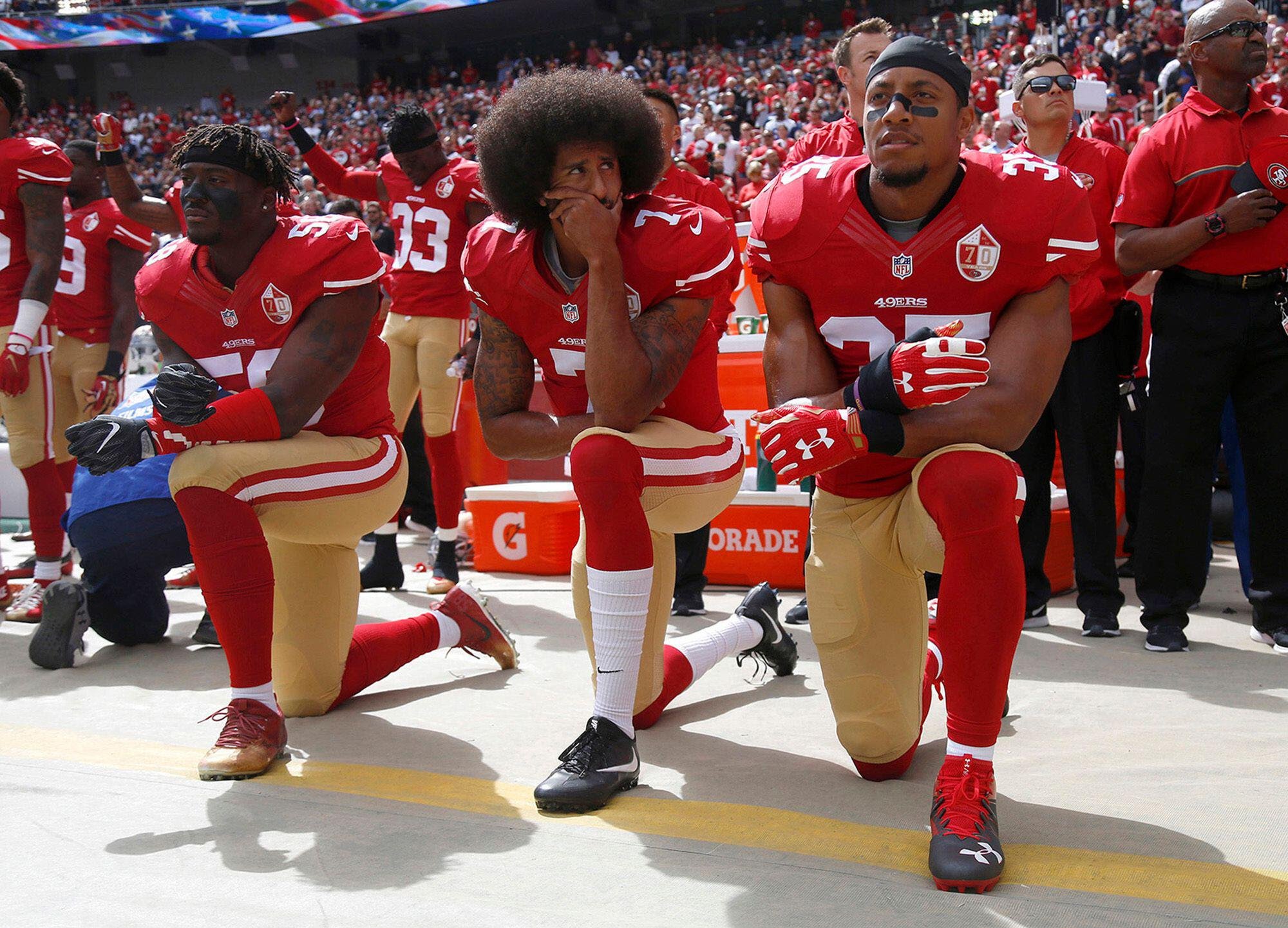 The controversy, now into its sixth year, over quarterback Colin Kaepernick’s decision to kneel for the National Anthem in protest of racism and police brutality — and his subsequent unofficial banishment from the NFL — there’s one aspect that’s been somewhat underplayed: Colin Kaepernick has given very few interviews.

Yes, we’ve heard his voice in commercials, and in a couple of his own projects, including the 2021 Ava DuVernay-produced Netflix series Colin in Black and White. But he hasn’t spoken much on camera, outside of those contexts, and the occasional one-off.

But Kaepernick himself did participate. And his voice is very much missed.

Kaepernick & America was directed by Tommy Walker & Ross Hockrow, while CNN’s Don Lemon is among the producers. It’s a fairly straightforward sports documentary that follows Kaepernick through his childhood, his college career, his arrival in the NFL, his run to the Super Bowl, the start of the protest, and the backlash it caused.

We also see some of what the quarterback has been up to since his last played in the league, including that bizarre workout a couple of years ago.

The film also illustrates a lot of the backlash against the protest, from everyone from Donald Trump to Fox News hosts to fans seen setting fire to their Kaepernick jerseys.

We get the relevant video clips, and commentary from both people involved and journalists and commentators; Jim Harbaugh, his coach with the 49ers, is interviewed.

The history is useful and does somewhat dispel the notion, in case you had it, that Kaepernick was a rather uncontroversial figure, pre-kneeling. But that wasn’t actually the case. The more unreasonable among the sports pundit core had a tendency to get really angry about his tattoos, with radio host Colin Cowherd launching a particularly ignorant rant. (Cowherd, to his credit, would strike a much more tolerant tone once the protests started.)

But throughout all of us, one gets the sense that there’s not much point going through all this if Kaepernick isn’t there to lend his voice to it.

I realize that’s how sports documentaries work these days, and that if a documentary is going to be produced with an athlete’s participation, he’s probably going to want to control it, which was the case with the Netflix series. I would be interested to hear, say, what Kaepernick’s thoughts were at each stage of the controversy between 2016 and now.

But as is, the doc feels way too often like a rehash of events we’ve already heard a lot about, in the relatively recent past. And because Kaepernick recently had a tryout with the Raiders and could return to play, there’s a possibility that this story is far from over.

I would love to see a Kaepernick documentary, say, in 10 or 15 years, once there’s a little bit of distance from the events, and perhaps popular understanding will have shifted.

But as is, Kaepernick & America feels rather incomplete and doesn’t offer much to the general understanding of the Kaepernick story.