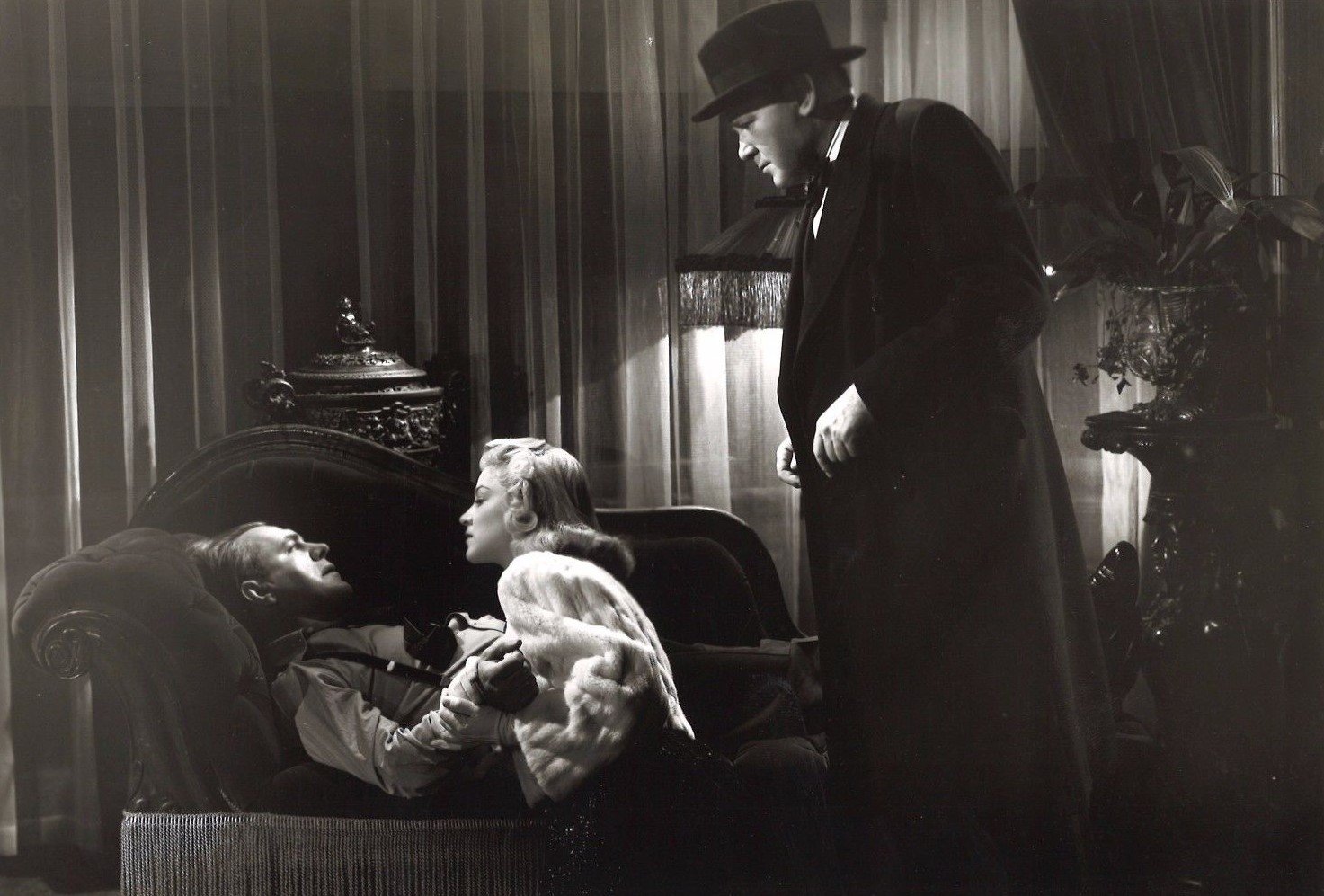 A reoccurring question in the ongoing study and appreciation of art is whether art reflects life or vice versa. The real answer ostensibly lies somewhere in the middle, each informing and influencing the other, both embraced in seamless synchronicity. Knowing that, it stands to reason that art can, in effect, comment on itself and has at many a given opportunity in history. When done well, one artistic medium may be utilized to comment on another, such as in the 1946 film Crack-Up, directed by Irving Reis. By no means a project lacking in potential, it misses the mark in some key respects, staying afloat with handsome visuals and capable leading actors.

George Steele (Pat O’Brien) arrives at the Manhattan art Museum one night in a state of severe intoxication. As is soon revealed, he is a curator and forgery expert at the institution, but as the audience meets him, he is anything but fit for work, babbling on about a train crash, much to the dismay of fellow employees, Dr. Lowell (Ray Collins), his journalist hopeful girlfriend Terry (Claire Trevor), Lt. Cochrane (Wallace Ford)  and British art expert Traybin (Herbert Marshall). Upon coming around from his hallucinatory night walk, Gorge recounts everything he remembers that led up to his bizarre episode. Dissatisfied with the diagnosis that he is simply overworked and lacking rest, George and Terry go sleuthing for the real story behind the mysterious event, uncovering some shocking truths about recent events at the museum and its practices in preserving art.

The single most important area in which Crack-Up falters is the script’s inability to stay true to any one significant idea about what it had apparently set out to explore originally. The opening flashback wherein George relates with the utmost conviction everything that happened to him from the previous afternoon up until his fateful yet curiously unreported train crash features a plethora of compelling questions regarding the appreciation of art and how people interpret it, from the majority’s reaction when new, unforeseen artistic movements appear on the scene, in this case, post-modernism in paintings, to the possibility of making high art friendly to the masses. It is unsurprising therefore that the post-flashback remainder of the picture tells a story concerned primarily with the nefarious art preservation tactics utilized by certain selfish employees of the museum.

A good concept does not automatically equate to a good story in general, with Crack-Up ultimately lacking focus in what it wants to say, if anything, about art. When the true villain of the piece reveals themselves and states that they committed foul acts in order to keep a few specific works in their personal collection, it feels as though something has been lost in translation between the beginning of the film and its denouement. When that same character claims that what they deem unworthy art is ‘trash,’ just what is he referring to? The post-modern works, the forged works that had been floating about, or those that George originally wanted to have unveiled to the public in his quest to make the love of art more mainstream and newcomer-friendly? Compounding the issue of the murky thematic message is the overall ludicrousness of the lengths those bending the rules have gone to in order to guarantee their agenda’s success. It mostly fits within the genre’s style, which is at least one thing, yet also feels weirdly disproportionate to the end goal. One never gets the sense that the ends justify the means.

On the flip side, director Irving Reis and cinematographer Robert De Grasse form a beautiful partnership in providing Crack-Up with a uniquely dark look. Beyond the regular praise often showered onto technically proficient black and white films of old, this film is adorned with a brilliantly moldy aesthetic that emphasizes the danger lying just beneath the surface. The cinematography and lighting are extremely evocative of the indescribable tension boiling as George and Terry eventually piece together the clues. Even displays of light bring with them dread, as with the brilliant flashback sequence when George, riding a window seat on a train to visit a sick loved one, stares aghast at the oncoming headlight of an approaching train, its blinding presence a terrifying message of death.

Pat O’Brien, who often played characters quite aloofly, communicating both grit and a sense of calm and control all in one performance, delivers the goods once again in Crack-Up. Director Reis even succeeds in getting more out of the famous actor than is often the case, what with scenes where his character displays unshakable paranoia or is frozen with fear. For as dependable as O’Brien often was, Crack-Up is a film that features just a bit more of his range. Claire Trevor also makes for a fine sidekick. Interestingly enough, she never gets too flirtatious with the hero. At the start of the picture, her apparent reluctance is mainly the product of her mind being set on her profession and by the end because she is just as invested in the mystery as George. Their chemistry is special, hinting at a potential love between two people clearly attracted to each other yet acutely aware of more immediately pressing matters at hand than getting cozy.

To fully appreciate this potboiler of a film, one has to accept a rather wild concept within the reasonably tranquil world of art preservation. There was surely a more fluent way to tell the story, but Crack-Up never quite reaches the desired heights. It has its share of strong scenes, sports a fantastic look and can bank on the dependability of two great leads, only the script could have been more artfully polished.

His Kind of Woman! is a Good Time with Robert Mitchum