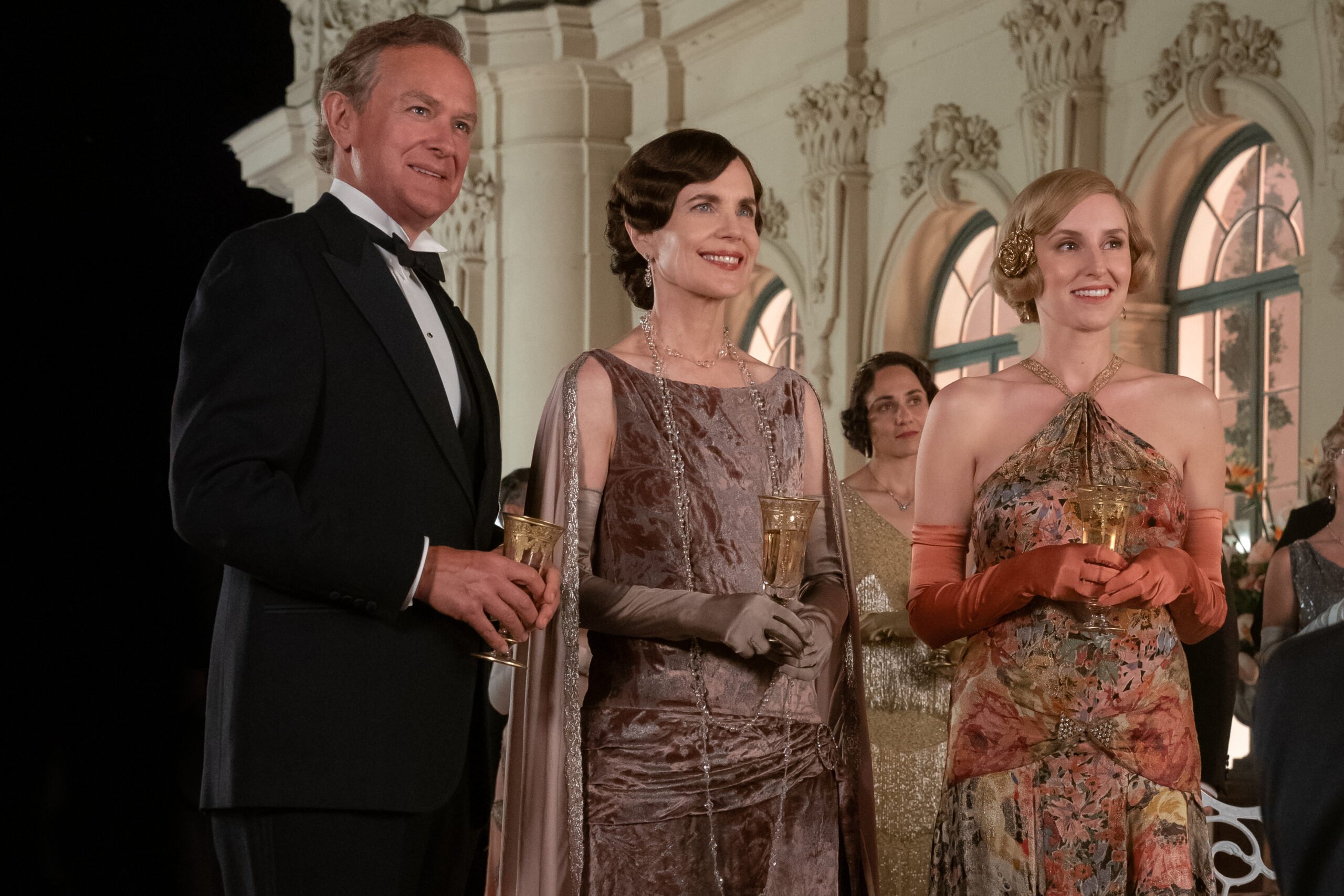 The original TV incarnation of Downton Abbey ran for six seasons, airing on PBS in the United States. The show, created by Julian Fellowes, became an unlikely crossover hit, as audiences delighted at the antics and intrigue both upstairs and downstairs at a large manor in the English countryside in the 1910s and ’20s.

Now there’s a sequel, called Downton Abbey: A New Era, and it’s a significant improvement over the previous film. It features two separate intriguing plots, one of which includes a compelling mystery and both of which are better rendered than anything in the first movie.

Overall, the film does a mostly good job servicing a large group of legacy characters and also some very good new ones.

Directed by Simon Curtis (My Week with Marilyn) and written by Fellowes, the film is set in 1928. Everyone in the Crawley family appears happy, with Tom (Allen Leach) having remarried following the death of his wife, Lady Sybil, during the series.

The first of the two main plots is that a film company, led by director Jack Barber (Hugh Dancy), wants to shoot a movie at the Downton estate, a development that annoys some members of the household but lets others show newfound showbiz shops. The film, which starts out as silent but later turns into a talkie, stars characters played by Dominic West and Laura Haddock, the latter of whom re-enacts the backstories of Sunset Boulevard and Singin’ in the Rain.

The other plot has the Dowager Countess (Maggie Smith) surprisingly inheriting a villa in the south of France from a recently deceased, long-ago lover, and the Crawleys heading south to see the home and meet the late Frenchman’s son. This leads to a mystery, hovering over the rest of the film about the facts of Lord Crawley’s parentage.

Yes, it’s a risk to separate the ensemble into two separate locations, but it’s only for the second act, it turns out. We also get some wonderful payoffs, including a great scene in which the servants, in their role as movie extras, get to sit at the abbey’s big dinner table.

Sure, a few subplots come and go way too quickly, especially the one about the illness of a certain character. And the character of Bates (Brendan Coyle) gets nothing much to do, just as was the case in the first movie.

But the film’s emotional payoff is worth the wait, and unlike its predecessor, A New Era actually made me want another Downton Abbey movie- perhaps one set during World War II.