Disney’s 1991 Oscar-nominated masterpiece, Beauty and the Beast, is a magical, beautiful, and tragic story of love conquering all. Last year, when the teaser trailer for 2017’s live-action Beauty and the Beast broke the record for most-viewed teaser in history at 91.8 million views, my heart swelled with the warmth I feel every time I watch the original. When the first full-length trailer was released, tears of nostalgia flowed down my cheeks. Suddenly it was opening night, and I was about to watch a visually-spectacular remake. After the stunningly realistic use of CGI in Jon Favreau’s The Jungle Book (2016), I was expecting a heart-warming live-action rendition of a masterpiece. When I walked out of the theatre two hours later, I was filled with despondence, depression, and overwhelming disappointment. The magic of Disney was given the cheap “Hollywood treatment,” and left me feeling as though I had just watched another abhorrent Twilight sequel.

Never mess with perfection; this is the philosophy I apply to all art, from music to films. The original animated version of Beauty and the Beast was a massive part of my childhood, and watching it now, over 20 years later, still gives me goosebumps, even bringing a tear to my eye. Perhaps that is why the recent rendition didn’t move me – there was too much new content, including new songs, new scenes, and a whole lot of new backstory. As Cogsworth says in the animated original, “If it’s not Baroque, don’t fix it” (still one of my favourite art-snob jokes).

Where Disney dropped the ball was when they decided to allow Twilight: Breaking Dawn Parts I and II director Bill Condon into the building. After that, everything went downhill, from the casting to the script. Almost every character is miscast – and the most disappointing performance is that of Emma Watson. I have never seen any depth of emotion in any of her former films, and this project was no different. It seemed as though the director told her at various points of the film “now look sad” and “okay, now look surprised”, then “good, now look heartbroken.” Every expression seemed forced, and while her singing wasn’t bad, it’s auto-tuned to death, so I doubt her musical career will take-off. Lily Collins was considered for the role, and I personally believe she would have made the perfect Belle, who as her name suggests, should be beautiful – not just pretty. Page O’Hara lent her voice to the animated version, and her voice alone behind the meticulously drawn Belle is both far better and more emotionally convincing than Watson’s entire performance.

What disappointed me most is that every scene, every song, and every spectacular performance piece (like the “Be Our Guest” scene), is completely watered down. The Beast’s temper is barely noticeable, the CGI is atrocious and even creepy (Lumier looked like a talking candelabra, not an enchanted candelabra), and if that was not bad enough, the titular character (played by Dan Stevens in a muscle suit and stilts) is a total flop. His entire face is dead – especially his eyes, which were soulless and lacking any expression. This is especially heart-breaking, considering the soul and emotion depicted through the Beast’s eyes in the animated version. With the CGI used to bring the animals of The Jungle Book alive, or even Peter Jackson’s King Kong (motion capture of every facet of facial expression performed by Andy Serkis) available to the biggest movie industry in the world, it seemed as if Disney chose to take the cheap route and recreate the Beast, the wolves, and every stick of furniture using a discount CGI company. One has to wonder, with a budget of $160 000 000, where the hell did all of that money go? It sure didn’t go into the graphics, singing lessons, or acting, which is surprising, since Dan Stevens, Ewan McGregor, Ian McKellen, and Kevin Kline are all great actors. Unfortunately, Mr Twilight thought blank stares are more powerful than actual emotion and heart – the very things that have made Disney such a success to this day (also, don’t get me started on the cheap-looking dress that my 10-year-old sister could have made. Just don’t).

However, despite my overwhelming disappointment, I will give Beauty and the Beast its dues. It does stay close to the original story, written by Gabrielle-Suzanne Barbot de Villeneuve, as in this version Maurice does not “trespass” on the Beast’s property like in the animated version. He enters the castle grounds to pick a rose – a gift for his daughter, Belle. I also appreciated that this version tried to explain the gaps in logic of the original: why did no one from the village ever notice the castle? Why did the villagers never wonder why their loved ones and family who worked at the castle were missing? Most importantly, in the original Lumier states that they had been under the spell for 10 years, and the narration at the beginning of the film claims that the Beast must find love by “his 21st year,” meaning he was only 11 when he was cursed. The beginning of the 2017 remake answers these questions, as the narrator explains that part of the curse entailed erasing the memories of all the villagers. As for the age dilemma, the “10 years” line was left out of the “Be Our Guest” number.

These two were the highlight of the film

Gaston also mentions that he was a commander in the war, defending their village when it was attacked, which explains why everyone in the village blindly loves and trusts him despite his egotism. Finally, I like the nod to the LGBTQ audience by surreptitiously adding the subplot of LeFou’s sexuality – this addition would fly over the head of younger children, but as he is the first canon homosexual character in a Disney film, I do appreciate the discrete inclusion of a minority. Besides the comic relief provided by Gaston (possibly the only character who showed any sign of acting ability) and LeFou, however, the rest was stale and dry.

2017’s live-action Beauty and the Beast will probably have two types of audiences with opposite reactions. Young children (the main demographic) who may not have seen the animated original could walk out of the theatre with the wide-eyed wonder that older audiences felt upon seeing 1991’s Beauty and the Beast for the first time. The 80s and 90s kids who were enchanted by arguably Disney’s best love story, however, will likely feel the heart-break I felt, mourning a blundered opportunity to create something truly spectacular.

A word to the wise: if you’re like me, and 1991’s Beauty and the Beast defined your childhood and still melts your heart, you may want to pass on this remake. Almost all of the magic is sucked out of the film by the Hollywood Machine and some unimaginably bad budgeting decisions. If you wish to keep your childhood nostalgia intact, take my advice by staying home and watching the animated original. Let it take you to a magical land where true love transcending outer appearance is paramount, where every scene has gravitas and adds more emotional connection between the audience and the characters, and where voice acting overshadows live acting.

Allow yourself to enjoy a tale as old as time the way you remember it instead of ruining your childhood fantasy by watching this utter betrayal to its namesake.

‘A Boy And His Samurai’ – Time Travel, Samurais, and Baking-Themed Reality TV

These Aren’t the Films You’re Looking For – ‘Space Raiders’ 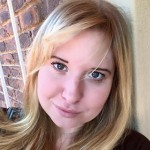 I like writing. I like gaming. I'm a girl. Those are three sentences rarely said together, but should be. What else defines me as a person? Oreo McFlurrys. And RPGs. Put them together and you have yourself the perfect Saturday night.