It’s the best of times and the worst of times for a film like A Star Is Born. The best, because it’s a remake (technically a remake of a remake of a remake) in a climate where it has never been easier to pitch executives on a preexisting story with a proven track record. Yet it’s also the worst of times, because A Star Is Born isn’t the kind of film that usually gets produced anymore — a two-plus hour drama, a musical, and a movie with no superheroes. Yet the film, starring and directed by Bradley Cooper, is still an enormous success, particularly for a first-time director. Perhaps he won’t be able to single-handedly revive the musical-drama, but this version of A Star Is Born is far from superfluous.

This version takes the specifics of the 1976 classic (starring Barbra Streisand and Kris Kristofferson) as its launching pad. It’s more focused on the music industry than the earlier iterations, which were centered around musical theatre and the film industry, but the basic structure is the same. Cooper plays Jackson Maine, a singer and guitarist who plays a brand of roots rock — bits of Americana mixed with country. He can sell out stadiums, but not for much longer; worsening tinnitus threatens to derail his performances. That is, if his reliance on drugs and alcohol doesn’t stop him first.

Desperate for a drink after a performance, he stops off in the closest joint, a drag bar, where Ally (Lady Gaga) is performing Édith Piaf’s “La Vie en rose.” Maine is instantly captivated by her, both as a performer and later as a songwriter. He brings her on tour with him, and manages to coax out a performance of one of her own tunes in front of his massive audience. From there, her ascent is swift — Ally gets her own manager, who coordinates a tour and steers her toward a more pop-oriented sound, replete with backup dancers and light show. 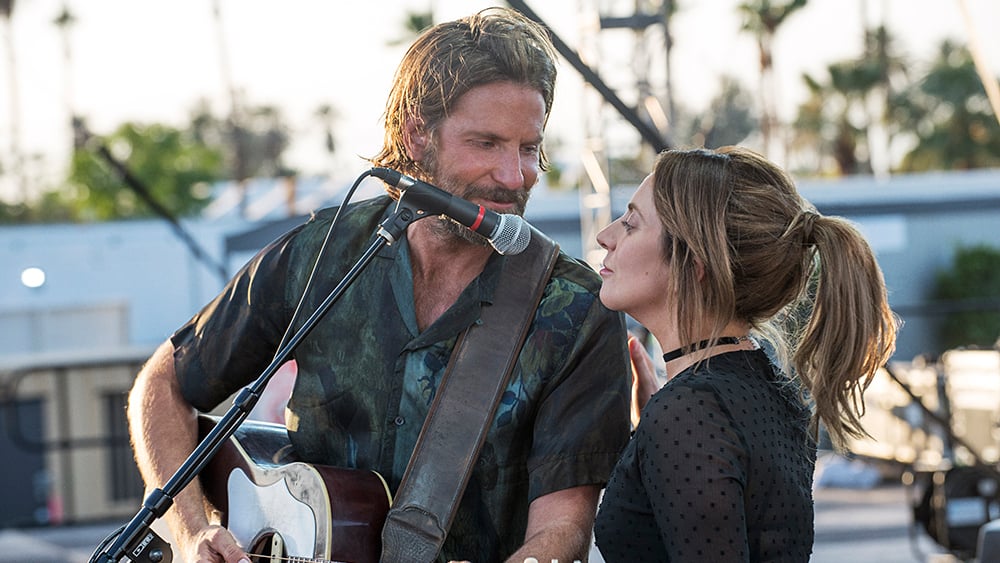 Ally’s presence is initially stabilizing for Maine, and their romance gives his music new life. But it’s only a temporary reprieve, as the booze and pills return. We get the sense that he views her success as a consequence of his generosity rather than her own talent. When she’s nominated for multiple Grammy awards, his depression and self-sabotaging behavior return stronger than ever. Maine’s needs (and selfishness) force her to choose between advancing her own burgeoning career or snuffing it out in its infancy to care for his.

Paradoxically, by crafting a movie that’s 45 minutes shorter than Cukor’s 3-hour version, Cooper has made one that feels longer.

It’s an important detail that Ally is never given a last name of her own — it suggests that she has arrived fully-formed, without any history or background. Cooper’s film tells us very little about her, aside from some superficial details about her father’s wasted dreams. But it’s also fascinating to compare her to Lady Gaga. Gaga didn’t emerge out of nowhere, instead working as a songwriter for others before performing her own compositions, yet her ascent to fame and the public eye was so swift that it seems like she materialized out of nowhere. Seeing her in this film feels like another kind of shocking apparition; she performs with the kind of ease that takes other actors years to develop.

Her music and live performances have always had a staged, dramatic element to them, which has allowed her to tentatively work on a form of acting before finally committing to a project as massive as this. I got the sense that I was seeing Lady Gaga as she really was for the first time in A Star Is Born; she changes her appearance and style so often and effortlessly that it’s hard to get a handle on her, but here she comes back down to Earth and plays a recognizable human being. Of course, this is as much of a performance as any of her other personas, but the fact that it feels so real reveals the extent of her skill. 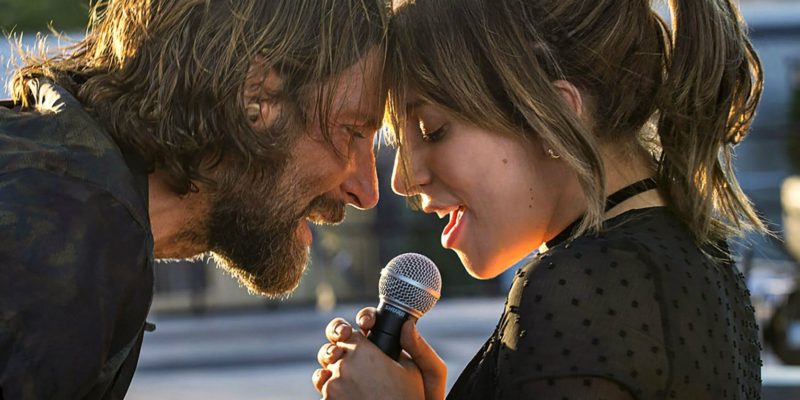 Still, even considering Lady Gaga’s impressive performance, the film belongs to Cooper. His work here is the best of his career. It’s a difficult role, one that requires great subtlety, lest the character become unsympathetic. Even in the greatest version of the story, George Cukor’s 1954 film, James Mason sometimes becomes so maudlin that we root for his failure. Cooper finely modulates the pity, creating a star in freefall who inspires real sympathy. He’s almost unrecognizable here, and not just because of the beard. His skin seems to have taken on a leather texture, and his voice is rough and raw. (Cooper spent 20 hours a week with a vocal coach to lower his voice, making it gruffer.) Beyond suiting the role, it also works well with the cast; Sam Elliott is excellent as Maine’s (much) older half-brother and road manager, and Cooper’s voice is an affectionate homage to Elliott’s iconic rumble.

As impressive as Cooper’s first effort is, it suffers from issues of pacing. Paradoxically, by crafting a movie that’s 45 minutes shorter than Cukor’s 3-hour version, Cooper has made one that feels longer. There’s a lot of story to A Star Is Born, and the shorter runtime forces him to rush it along. (It doesn’t help that he features more musical performances, including repeats of some of the songs.) Without the delicate transitions that a longer runtime would have allowed for, the film develops an episodic feel, jerkily switching between moments of happiness and sorrow that feel unnatural. There’s an important section where we’re meant to feel Maine’s anger at the way his father’s burial place has been mistreated, but the segment starts so abruptly that we don’t fully grasp its significance, and it ends almost as quickly, as if it never mattered in the first place. This rough pacing robs those sections of some of their importance, occasionally making them interminable.

Yet Cooper’s film is compelling more often than it drags. He and Lady Gaga shine when they’re together, and he sensitively explores Maine’s sorrow when he’s alone. There aren’t many surprises — if you’ve seen one version you know how this one ends — but Cooper and Lady Gaga make this version of A Star Is Born a worthy addition.