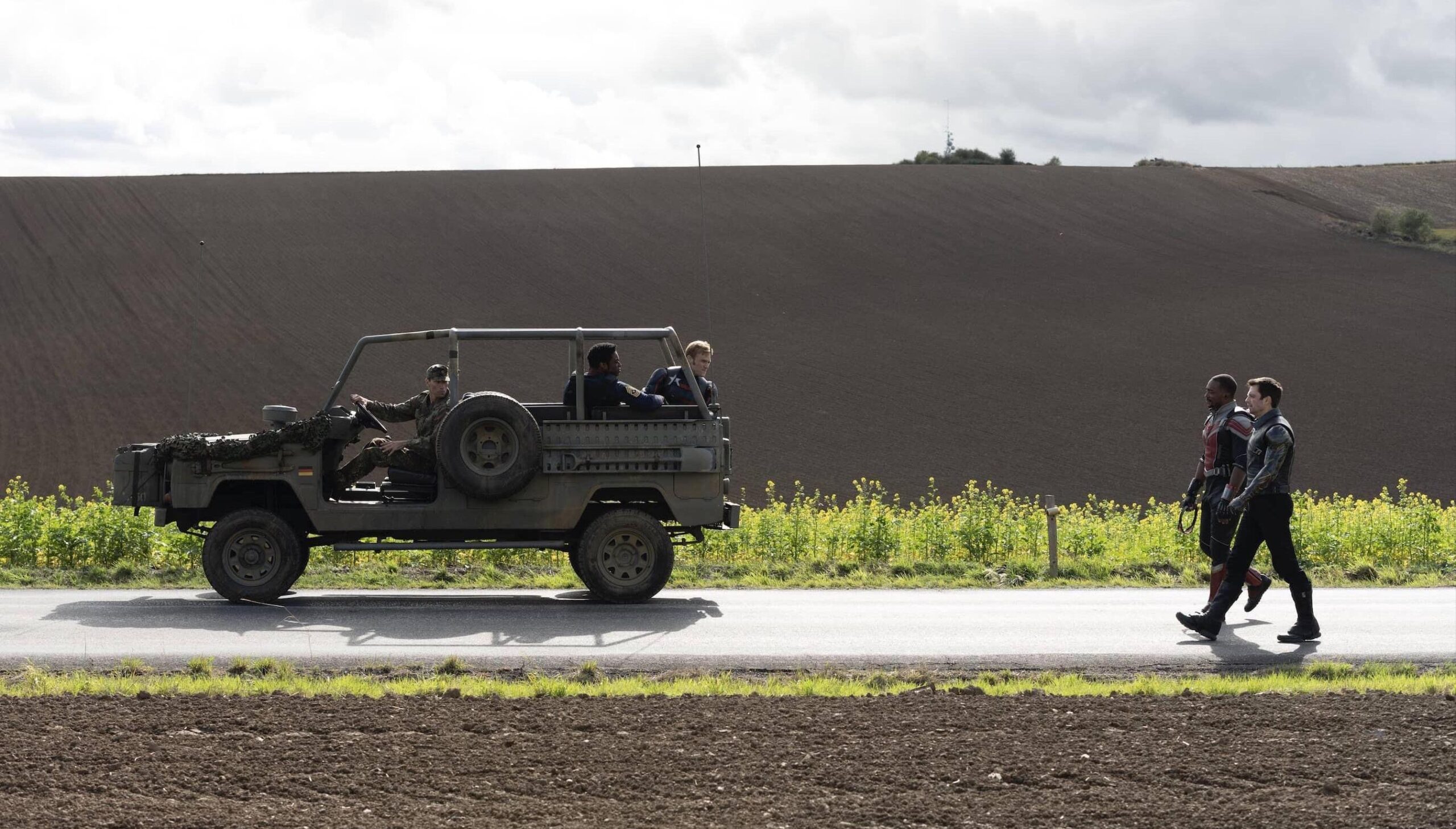 After becoming the most-watched premiere ever on Disney+, The Falcon and the Winter Soldier continues to set its expectations high while gliding through relatively similar territory. As the show clearly demonstrated last time that it would be sticking to the Marvel Cinematic Universe’s early roots rather than going for the same route as WandaVision’s spectacularly unhinged structure, it was no surprise just how much the series would begin to pull from movies such as the Captain America Trilogy in terms of tropes and plot ideas. However, even with engaging politics and action, the first two adventures of Sam Wilson and Bucky Barnes still leaves room for improvement. Despite being immensely enjoyable to watch, The Falcon and the Winter Soldier more or less retains the same status as it glides its way into a second chapter hindered by minor turbulence.

After the government announced a new Captain America would take the mantle of the country’s veteran hero status, Bucky Barnes unites with Sam Wilson for the first time in months intending to learn why Falcon would simply give up his best friend’s most meaningful possesion. With both their emotions in the way of their current mission to take down the terrorist group known as Flag-Smasher, the two former partners of America’s golden boy come into contact with the semi-friendly John Walker. Despite US Agent being seemingly entangled into Steve Roger’s legacy out of nowhere only weeks ago, the soldier is not able to get off on the right foot with both Wilson and Banres. As the leads show their frustration for one another, Walker is left to glue the episode together with his first impressions all while trying to win over the wingman and vibranium hand of the first Avenger.

“Star-Spangled Man” is a follow-up that on the surface seems to provide a lot of context as to what is going on within the current narrative of The Falcon and the Winter Soldier, but in reality, it does not move its core plot forward in any drastic ways. Its characters certainly receive shinning moments and the episode itself is highly entertaining thanks to its quips and actions, but for a series that is only going to be six episodes, it could have strived to do more within its runtime. The most intriguing aspect of The Falcon and the Winter Soldier no doubt continues to be the complex legacy of Captain America after his retirement- and it really is what both episode two and the series as a whole have excelled in telling so far. Everyone clearly has a similar perspective as to what America’s veteran means to them, but how they will continue to execute his mission is rather complicated.

With the formal introduction of ex-marine and football player John Walker, the future of Captain America’s title is further made messy despite a positive message perhaps being conveyed. If there is one thing episode two excels at it has to be humanizing John Walker through his first major appearance. Rather than being all high and mighty by trying to uphold everything Steve Roger’s committed to, Walker simply wants to represent Captain America for the people by just being an admirable soldier- which is commendable to say the least. Maybe The Falcon and the Winter Soldier has larger plans up its sleeve with Walker, but the character is able to provide an interesting perspective to how Steve Roger’s future should be handled. Between Wilson, Barnes, and Walker, everyone makes a convincing argument and has practical motives that culminate into an interesting political subject.

Strengthening the internal Marvel Cinematic Universe politics argument with Walker though is only the tip of the iceberg. After a thrilling adventure that ends in humiliation, Bucky takes Sam to an old acquaintance of his in Maryland being Isaiah Bradley: a black super-soldier made from similar experiments conducted on Bucky during the 1950s to create a replica of Captain America. The fact that a black super-soldier existed without any public acknowledgment immediately and rightfully angers Sam (as it directly ties into his position on race in the world during the first episode). In Bucky’s attempt to show his needed trust for Sam by revealing a critical secret, the two of course end up at odds. As Bucky is well-timely placed under arrest by law enforcement for not attending his government-assigned therapy session though, the two are forced to finally tell one another what exactly is the big issues they currently have with one another. The aftermath is the needed moment of “Star-Spangled Man” as both characters are able to vent their frustrations about continuing Steve’s legacy in their own ways.

Where The Falcon and The Winter Soldier has obviously hit some turbulence in its first outings has to do with its villains, and episode two by no means offers any solution for this issue. The Flag-Smashers have a goal that audiences are abundantly made aware of, but outside of that, viewers are given no other information about them. Aside from some digestible clues that point towards character names, the only purpose the terrorists have in this episode is to help escalate the conflict between our lead protagonists and their rising competition of heroes. While that is necessary for developing the relationships in the spotlight it is a shame that the episode does not aim to further open up the story of the opposing threat by utilizing their current position. It can come off as a wasted opportunity, but with four episodes still left there is no doubt plenty of time to build up the antagonists. Nonetheless, it is a shame that the Flag-Smashers have for the second time received the short end of the stick.

The Falcon and the Winter Soldier’s second episode does not catapult the series into a grand direction, but it does continue to explore some of the more interesting layers of the premiere chapter. The action is still as spectacular as before and the scope of the series luckily remains small as it focuses on specific characters and groups rather than looking down the massive Marvel lens. “Star-Spangled Man” hangs a bit dense when it comes to further developing its main story along with its villains, yet it ultimately takes plenty of positive steps into pushing the overarching narrative forward from the standpoint of character relationships. What is most important for this buddy-cop tale is that The Falcon and the Winter Soldier has left viewers once again desiring more. With the promise of reintroducing both Baron Zemo and Sharon Carter soon, it is likely that with next week’s episode things will start picking up speed and flatten its bumpy ride. At its core, The Falcon and the Winter Soldier continues to thrive with politics and action but struggles with developing a key purpose for its not so intriguing villains.